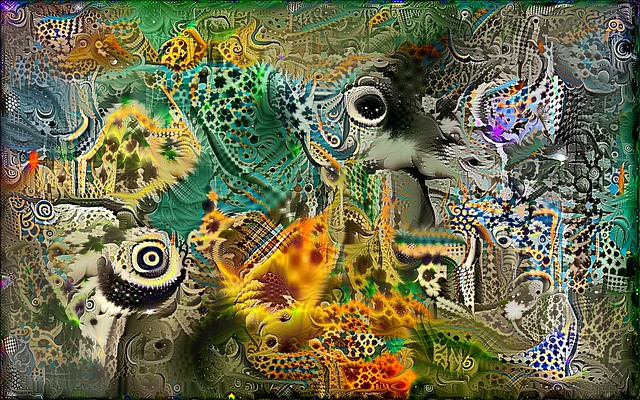 When doing research in image creation, sometimes the bugs are as interesting as the successes. This image is generated by a multiscale texture synthesis algorithm, trying to combine two different textures, one of sunflowers and one of a mosque ceiling. The algorithm is trying to interpolate between these two textures in a more “natural” way (specifically using a natural Riemannian metric on the manifold of covariance matrices), but the result is a scientific failure — it does not appear to be a cross between the two images. However it is a strange beautiful image with rich complexity and I consider it an aesthetic success.
Share: Twitter Facebook Google+