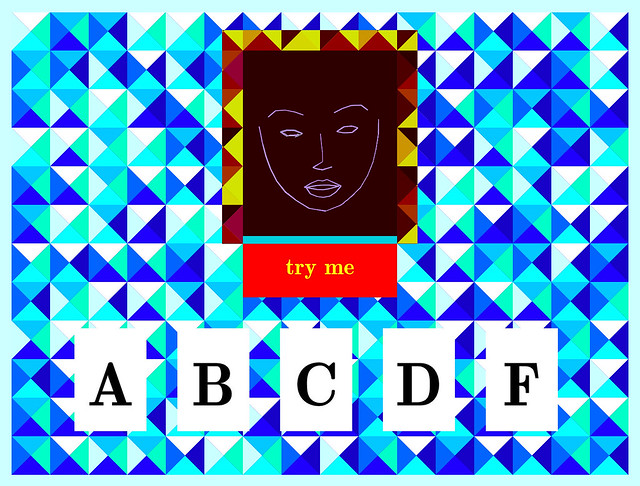 ‘Produce 101’ is a popular K-pop TV show where one hundred one young participants challenged for becoming a K-pop idol star. Each participant received a grade from A to F according to the votes from the viewers every week, and at the end of show, only top ten survivors debuted as a team. This interactive artwork asks users questions about what would happen if a machine made a decision on behalf of a person as many things would be determined by A.I. in the future society. In this web-based work, upon the web camera capture of a user’s face, the user receives a grade from A to F from the machine that has been trained using the results from the ‘Produce 101’. The grade might be what we would confront in the overfitted society where the lack of diversity is ignored.

To train the model for classifying faces into the groups from A to F, we used around 200 pictures per group and total 882 pictures from the final results of ‘Produce 101’ season 2. Since only male participants competed in the season 2, all the training data were male faces  Training was done using CNN algorithm with keras and tf.js with p5.js  was used for the web based prediction . Of course, viewers select their favorite person not only on appearance, but on performances and attitudes as well. However, there is no doubt about how their physical charm is important in determining the preference. The training data clearly produced an overfitted model because of the lack of diverse data. But, this overfitted model lets us think about what would happen if a machine trained without diversity made decisions. With this project, we expect users to have fun getting grades on their appearance from the overfitted model, and also at the same time, think about our social bias and how we can avoid the overfitted society where the lack of diversity is ignored.

Classify yourself from the ‘Produce 101’ perspective. What would you get if you were one of the boys in the competition? 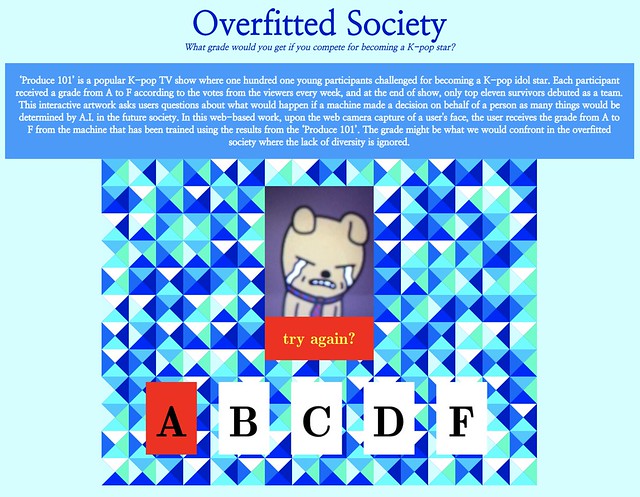 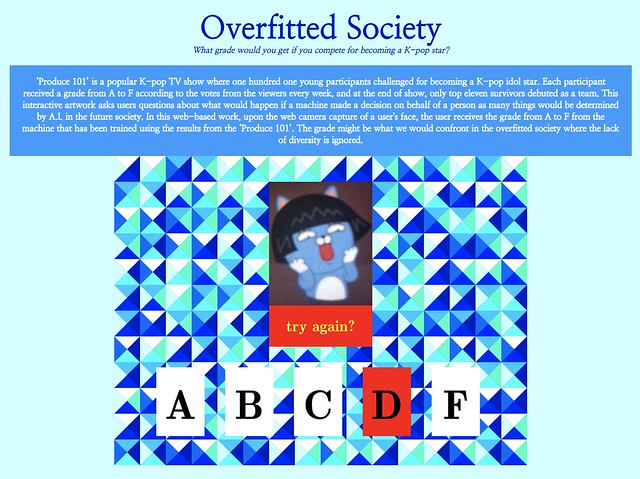 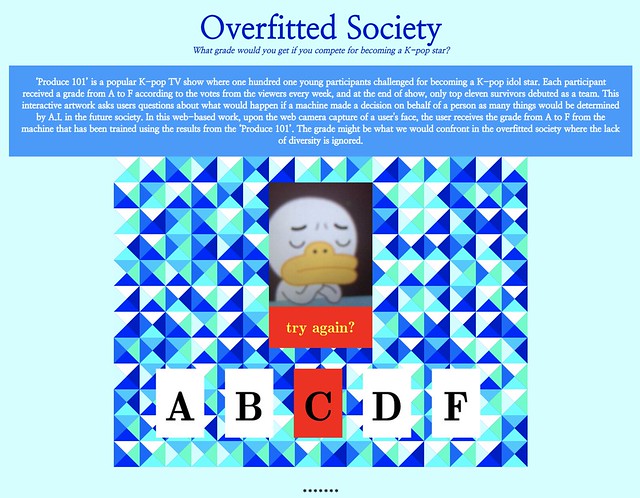