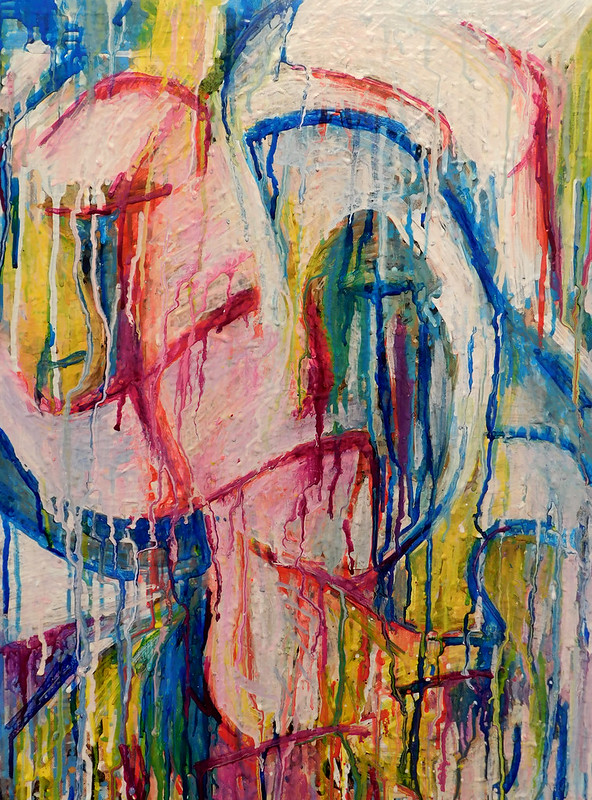 Bonnie 2018
18″x24″ Acrylic on Canvas
2018
Bonnie 2018 is a robot painted piece based on theories put forward by A.I. Pioneer Marvin Minsky and Artist Paul Klee.
In his book “The Society of Mind”, Minsky proposed that our minds are not a single super intelligence, but rather a collection of smaller intelligences that surface as needed and compete with each other to solve problems.  Bonnie 2018 was a painted by a team of generative art robots following Minsky’s theory.  All of the aesthetic decisions used to create this painting were made by more than two dozens independent creative algorithms that were competing with each other for control of the brush and ultimately what was being painted.  Because of this competition, the direction of the artwork is never known beforehand and the results fluctuated wildly as both traditional AI and deep learning experimented with multiple styles and approaches. To aid in the experimentation, the robots also followed Artist Paul Klee’s concept of the creative process.  Klee described artistic feedback loops as the process by which artists make marks on a canvas then take a step back to evaluate the mark before creating the next mark, over and over again until the painting was completed. Like human artists, the robots that created this painting did so one brushstroke at a time. With each brushstroke they took a step back to photograph and analyze the painting to decide on the next brushstrokes.  After more than 13,000 brushstrokes and multiple style changes over the course of three days, this portrait of Bonnie emerged. 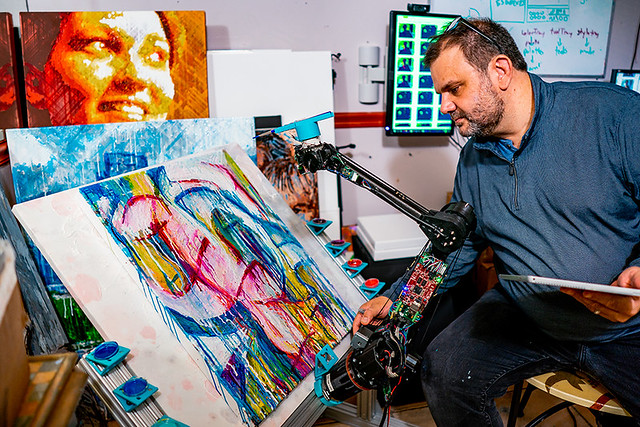 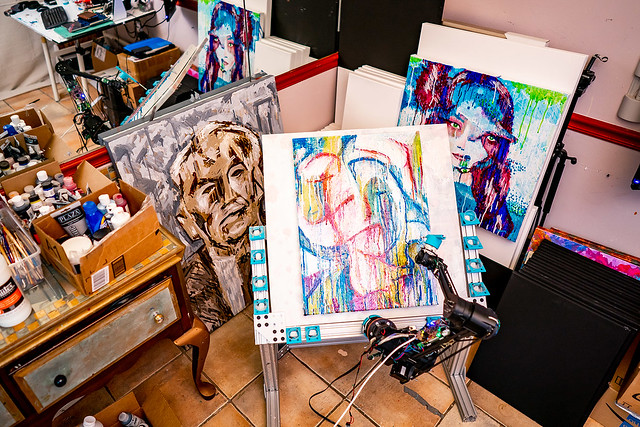