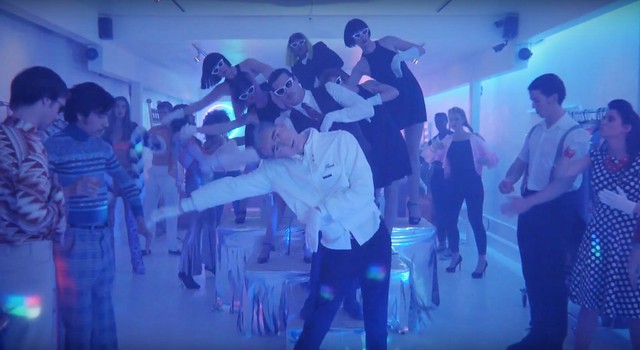 The track for this music video was composed with the help of the bi-axial RNN written by Daniel Johnson (http://www.hexahedria.com/2015/08/03/composing-music-with-recurrent-neural-networks/).  I trained the model on ~13,000 MIDI files of disparate styles from pop to jazz to classical and much of the in between!  Next, I used a Debussy composition for the primer MIDI and had the model output a number of generated MIDI files.  After that, I went back through the output to hunt for interesting musical phrases or ideas.  I used two different phrases from one of the MIDI tracks as the base of “IM_UR_PROVIDER”.  Once I identified an interesting idea, I pulled the MIDI into my DAW (Logic Pro) and broke the MIDI out into distinct voices.  In this case, the generated content provided the synth lines, as well as the bass lines.  After I molded the sound and feel for the composition, I added some drums, as well as some samples from Basil Kirchin’s “Silicon Chip”.

Once the composition was complete, I showed it to my good friend Andrew Coconato, who was inspired to think up with the vision for the video.  After three months of planning and hard work by our crew and collaborators, the music video you see came into the world!