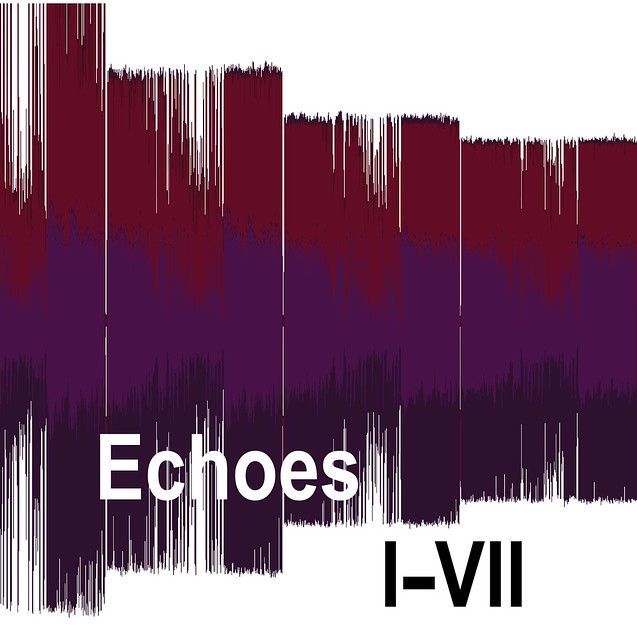 Echoes I-VII (2018) is a collection of poems composed from lines that were generated in the style of seven music artists.

The inspiration for this project came from the desire to create lyrics in the style of one of my favourite artists. In addition to the text style, I wanted the lyrics generation to be influenced by the musical differences between artists. The intent was to create a tool that could be used by music artists to find inspiration during songwriting.

The lines were generated by a variational autoencoder (VAE) conditioned on artist embeddings pre-trained using a convolutional neural network classifier that predicts artists based on MEL spectrograms of 10-second audio clips of their songs. The VAE is trained on the song lyrics by seven artists in the following genres: Electronic, Industrial, Art Rock, Hard Rock, Alternative, Psychedelic Rock and Classic Rock. Technical details can be found at https://ov-research.uwaterloo.ca/papers/lyrics_generation.pdf.

My approach to creating these poems consisted of two phases. First, I went through the lines that were generated by the VAE conditioned on each artist, looking for unusual and interesting expressions. Although a nearly infinite number of highly diverse lines can be generated by random sampling from the VAE latent space, I went through 300-400 generated lines for each artist. After having selected 30-50 lines, I looked for an idea or poetic imagery that could emerge from their combinations. I then put them together in a way that made sense to me. Sometimes they would be telling pieces of a story, sometimes evoke images and moods in a more abstract way. Importantly, no editing was done to any of the lines, except for added capitalization and punctuation marks.

I found that machine-generated lines let us step outside the established norms and patterns of language ingrained in our minds. We are primed to use language in a linear fashion where coherence and clarity of expression are preferred. Through daily use, recognizable combinations of words become worn out and do not have a strong emotional impact. On the other hand, surprising and unexpected combinations often observed in the generated lines have the potential to evoke powerful emotions and imagery.

Although the poems reflect my artistic vision, interestingly, not only the style, but some of the themes that emerged were consistent with the themes in the artists’ original lyrics. I should add that my poems were not influenced by the knowledge of the artists, as I had very little knowledge of any of these artists but one at the start of the project.

The poems are in the style of these artists: 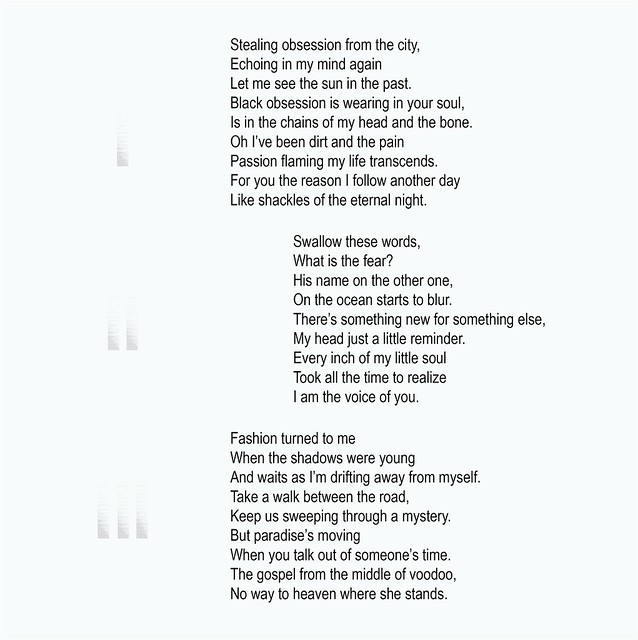 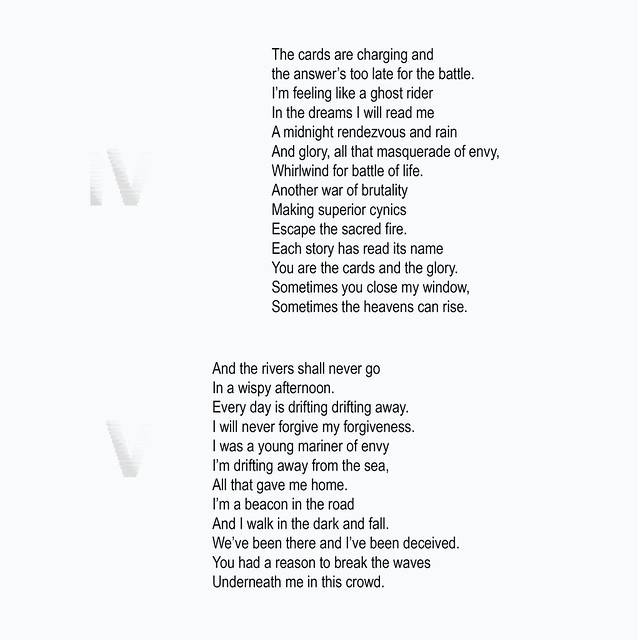 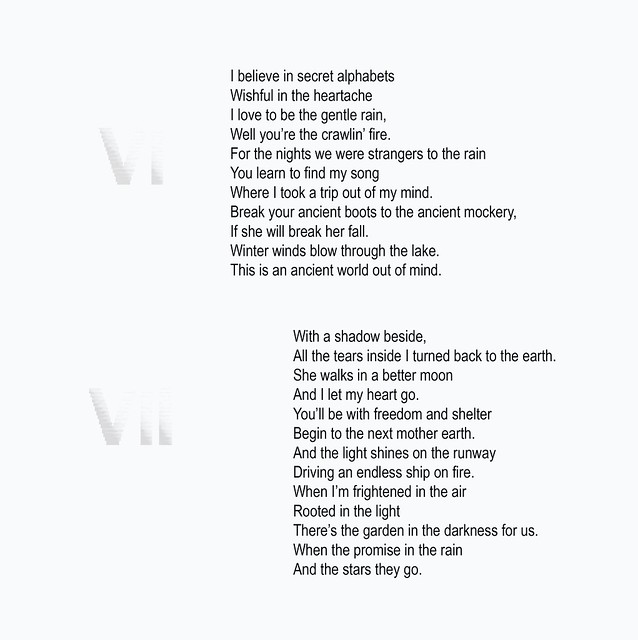