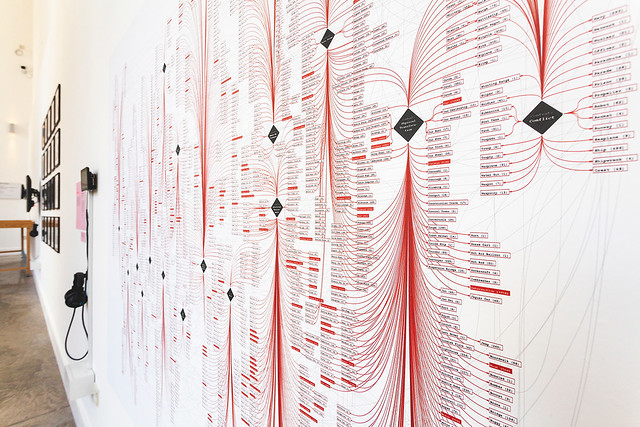 This drawing “Words that Remake the World” uses data generated by Thompson’s ongoing project The Seeker. The Seeker is a networked machine entity that travels the world virtually and attempts to describe what it sees. The drawing contains all the words and phrases the words that The Seeker has used to describe its visions – its conceptual landscape. The drawing represents a process of intense analytical scrutiny of this data by the artist, attempting to map the nascent AI’s “mind”.

The Seeker travels the world through the internet. It looks out through unsecured surveillance cameras, captures images of what it sees and uses commercial image recognition services to attempt to interpret the images. Named for Ptah-Seker, the artist/technologist god of the Ancient Egyptians, who created the world by speaking the words to describe it, this project looks at how the act of describing the world might establish a whole new worldview for machines and humans alike. 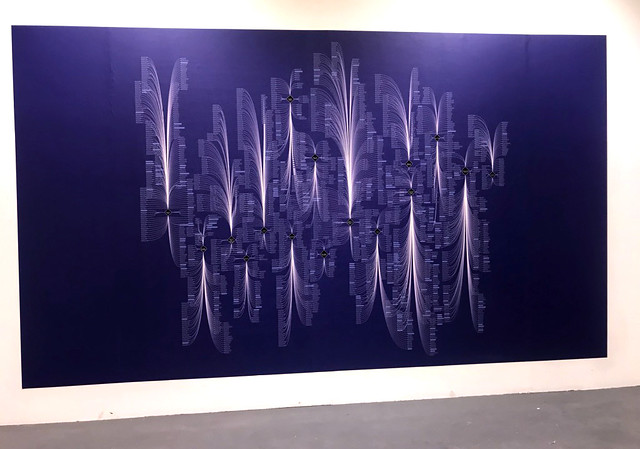 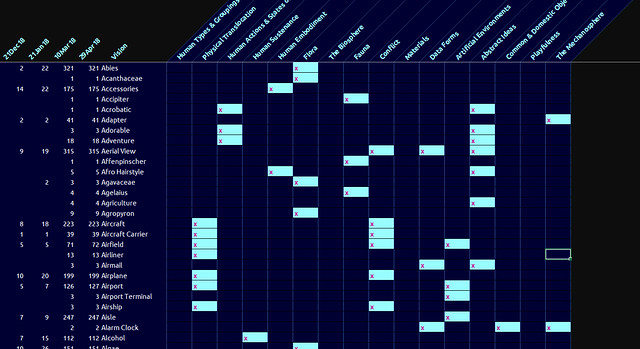