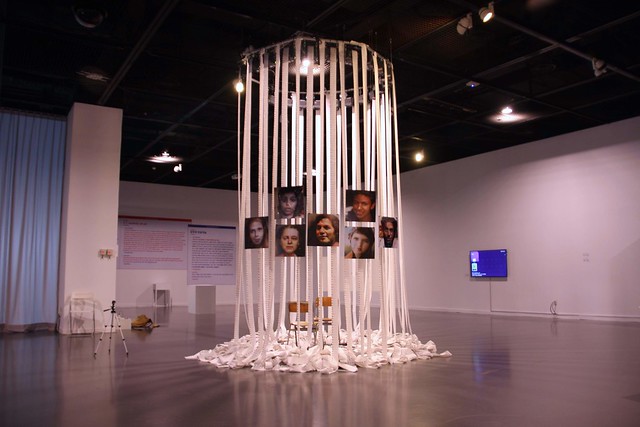 Us and Them, Kinetic Installation (2018) Commissioned by Seoul Museum of Art

“Us and Them” is a multi-modal installation that combines the earlier “Portraits of Imaginary people” work with neural-net text generation and kinetic sculpture. Trained on a recently released set of two hundred thousand tweets from accounts identified as bots after the 2016 US presidential election and consequently evicted from Twitter, this piece features 20 machine-learning-driven printers which endlessly spew AI-generated political tweets by imaginary, generated people. The descending curtain of printer paper creates a central space with two chairs, inviting two people to sit, converse and connect, despite the torrent of machine-generated political propaganda that surrounds them.

The piece examines our new world which we created, a digital attention economy, in which we’re constantly distracted, digitally connected and yet yearning for human connection. A fertile ground for political manipulation, propaganda is now fully automated and targeted, using machine learning to analyse its targets while pretending to be human. Synthetic media, also thorough modern computer vision technology and neural networks, blurs the boundary between what is a real and what is not. Doublespeak, such as the term “fake news” is further used to undermine what we know is real while pushing intentionally misleading information on an unprecedented scale.

“Us and Them” invites the viewer to reexamine their relationship with the machine we live inside and to seek true connection with one another.

The 20 thermal receipt printers are live and continuously printing AI generated tweets at a slow but steady pace, letting this sculpture evolve and change every day. Ultimately the torrent overwhelm and bury the central space and chairs. 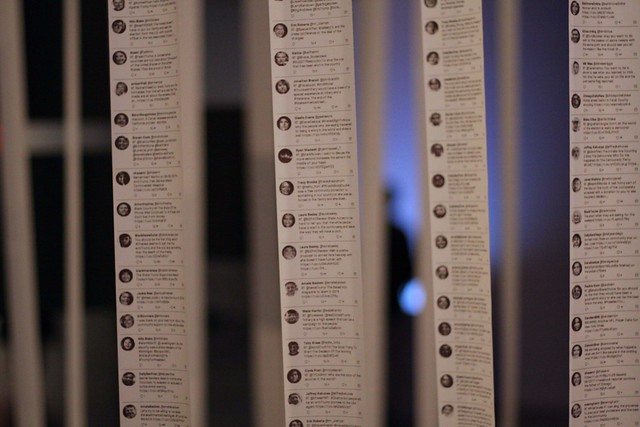 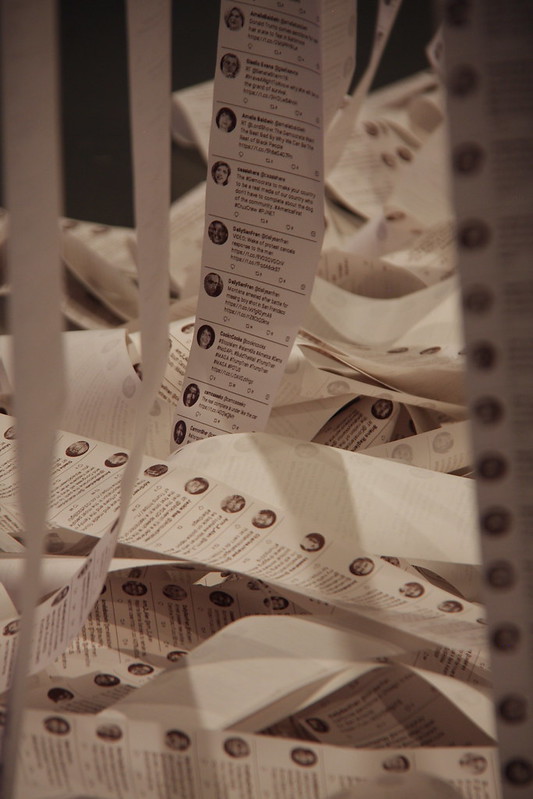