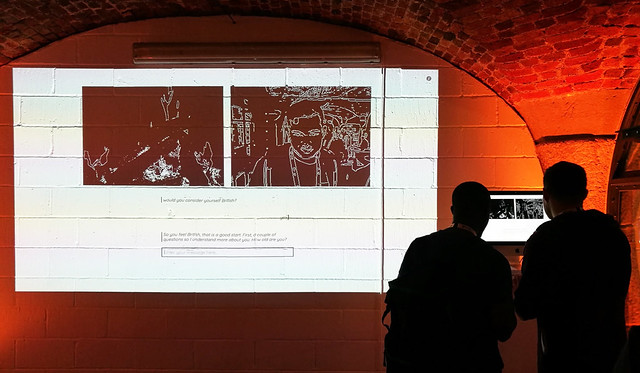 Britbot (2018) is an online voice or text activated chatbot that asks open-ended questions about ‘Britishness’ and through its conversations develops its own ideas of what constitutes Britishness. The bot’s initial training has been based on the UK government’s citizenship test and the corresponding text-book Life in the United Kingdom 2017.

Introduced in 2005 by the Labour government, the then immigration minister Tony McNulty stressed, ‘This is not a test of someone’s ability to be British or a test of their Britishness. It is about looking forward, rather than an assessment of their ability to understand history’. The test, however, became notorious in 2011, when the coalition government changed it to focus extensively on British history and culture, with David Cameron famously flunking it live on the David Letterman show.

Britbot will be live for from 1st July 2018 and will learn from the people it interacts with. Its aim is to gather and reflect diverse views and insights about what the nebulous concept of ‘Britishness’ means today, becoming an algorithmic representation of the people it speaks to.

At the end of the live period, Britbot will be replaced with a legacy website and a book will be published based on a selection of interactions with users. We invite you to visit the website www.britbot.org to chat with the bot. 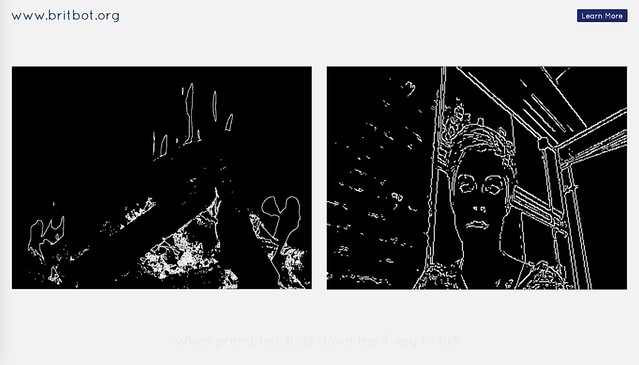