Fall of the House of Usher is a 12-minute animation based on the short story by Edgar Allan Poe, where each still is generated by artificial intelligence. This is done by using a neural net (pix2pix) trained on my ink drawings made of stills from the 1929 version of the film. Each still shown in the animation is not merely a filter that is applied to an existing image, but an entirely new image by a neural net. As all the stills that it was given to learn from came from the first four minutes of the film, it can output this reasonably well. But as the animation progresses, it has less and less of a frame of reference to draw on, leading to uncanny moments where the information starts to break down, particularly at the end of the piece. Fall of the House of Usher looks at the role of the creator, the interplay between art and technology, and also aspects of memory. It is a copy of a copy (film) of the original (book); accordingly, things appear and disappear, are remembered or misremembered or mis-imagined and it calls into question our ability to recall one perfect version. 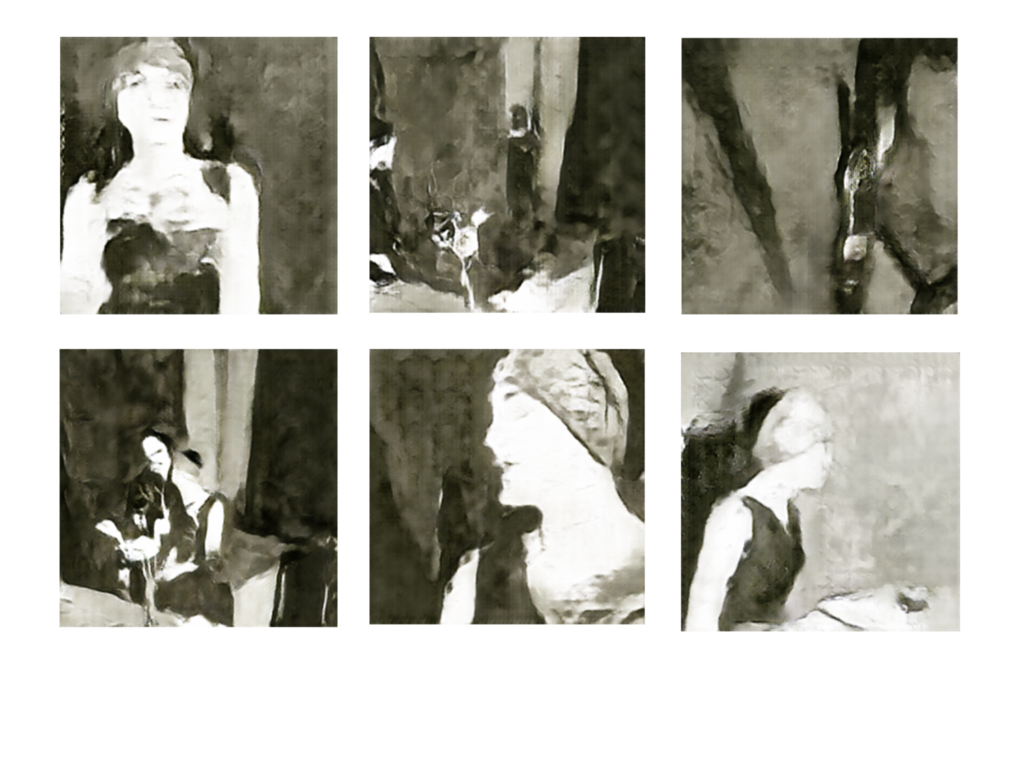